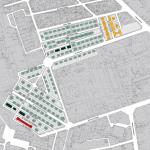 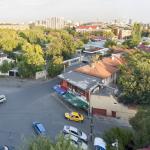 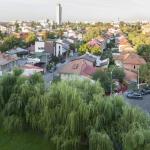 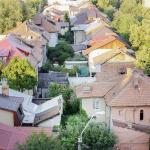 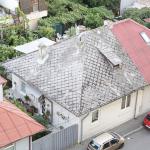 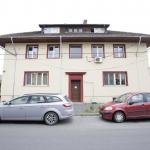 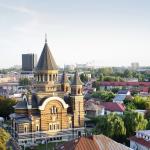 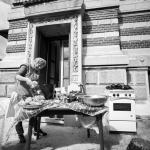 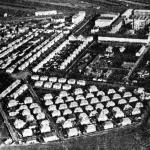 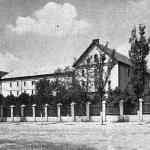 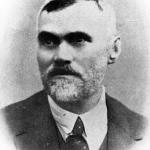 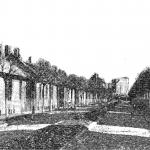 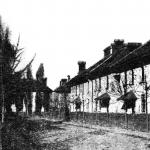 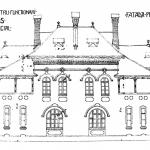 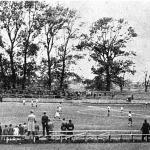 1911 was a decisive year for the implementation of the social housing program in Bucharest: the Municipal Company for Low Cost Housing (Societatea Comunală pentru Locuințe Eftine – SCLE) designed and executed the lotissements on Lupească street (today Ion Nuțu, in the Răzoare area) and Clucerului street (near Victoriei Road) and some buildings on Candiano Popescu street (near Carol Park), totaling almost 100 dwellings. Built under the leadership of A.G. Ioachimescu and G. Costinescu, the projects of the Municipal Company for Low Cost Housing are similar to other European initiatives of the same period, re-adopted after the 1910 Congress for low cost housing in Vienna. This synchronization required a broader perspective and a change in strategy, after the Municipal Company for Low Cost Housing was legally constituted and had organized the first projects contest (of no direct consequences, as the participating projects were declared unfit to be declared winners).

The first lotissements made by the Company were designed by its chief architect, independently of the results of the competition organized in 1910. In 1912, a change of strategy in the Company’s management can be seen. The success of the lotissement and the standardization experienced in the lotissements built in the previous year led to the increased attention of the big state-led institutions in order to provide housing for their employees. Both sides benefit: on the one hand, the institutions ensure the loyalty of the employees (they cannot leave the job without giving up the house made available to them), the employees also benefit from access to various adjacent facilities, such as kindergartens and schools. There is also the possibility of paying for a comfortable home with low interest rates. On the other hand, the Company attracted reliable clients, which allowed the financial capital and the prestige of the institution to be maintained.

On May 1, 1912, the State Monopoly Administration (Regia Monopolurilor Statului – R.M.S.) bought from the Municipal Company for Low Cost Housing a 82,964 sqm property with the price of 3 lei per sqm, which it would pay in 30 years. According to the contract concluded by Oscar Kiriacescu from RMS and Andrei G. Ioachimescu and Dr. Costinescu from the Company for Low-Cost Housing, the houses were to be completed in November 1913. However, Cincinat Sfințescu’s analysis published in 1933, shows an area of ​​only 62,300 sqm, of which the streets occupied 20,900 sqm (with an average opening of 8 meters, i.e. 33% of the total land area). 187 lots were created in the lotissement, each of about 170 square meters, 10 meters wide and 17 meters deep. The houses were semi-detached or coupled in groups of four (at the back of the lot), being either ground floor only, or ground and first floor. In a thirty years period, the lotissement has been complemented with different types of houses, to avoid uniformity. The architects of the Company designed apartment buildings with separate dwellings on the ground and first floor (with 50 sqm apartments), as well as special types, such as the symmetrical buildings from the two entrances on Teodorescu street, designed in the Neo-Romanian style by architect Ioan D. Trajanescu, but also the houses on G. Ciortan street, designed after the First World War by the architect Fr. Reiner.
The houses were built with brick, the carpentry was originally made of fir and the roof was made either of eternite or terracotta and the rooms were 2.90 meters high. Most likely, the houses were built with concrete foundations (gravel and cement mortar), separating the cellar from the living area was made by concrete slabs cast on metal beams. Mosaic was used for the entrance hall, terraces and toilets trims. The basic principle of the design of these dwellings was “every family with its house and garden”, the director A. G. Ioachimescu explicitly mentioning that the houses built by the Municipal Company for Low Cost Housing best express the “Romanian nature”. The heating of the houses was done with terracotta stoves, the wood being ordered and brought from the warehouse located inside the Tobacco Manufactory.

Gradually, apartment buildings were built in the lotissements, like the one on Vasile Burla street in 1942, designed according to the standards of the 1940s, on the vacant place resulted from the earthquake of 1940. By law, those who moved to the new homes were liable to have life insurance, so that the heirs could become the owners without any further installments to pay. The neighborhood will gradually develop, in the thirties the Belvedere church was built, with the Holy Apostles Peter and Paul as titular saints. The church was designed by the architect Ioan D. Trajanescu, who designed the majority of the houses on the lotissement. The current day Boișoara street (formerly Al. Cottescu boulevard / C.F.R. boulevard) divides the neighborhood into two subdivisions: in the northeast are Radna, Fulga, Țibleș or Gabriel Ciortan streets-belonging to C.F.R; in the southwest Scăeni, Zalic, Teodorescu, Burla, Larisa, Stoica, Cărvunarilor streets-on which the dwellings for the R.M.S. were built. The earthquake of 1940 and the 1944 Allied bombing on Bucharest affected this lotissement and local or governmental administrations completed this neighborhood with blocks, a maternity and spaces for students, while the Tobacco Manufacture was first nationalized, and after 1989 privatized.
The Grant-Belvedere lotissement was massively bombarded in 1944, which led to the demolition and reconstruction of numerous houses. In 1946 “in the basement of the Belvedere Church in Regie a Sunday school of catechesis is opened, with the purpose of religious education for the parishioners. The school is closed by the authorities in 1950. In 1954 a chapel is set up in that space for the winter sermons, where they are still held”. After 1948, the communist authorities changed the names of the streets, using references to various moments in the history of the socialist movement in Romania, such as the revolutionaries of the 19th century (Cărvunari), the first phalanstery in Romania (Scăieni) and engineers probably attached to the socialist cause (Zalic). Throughout the century, the inhabitants built summer kitchens and garages.

The Municipal Company for Low-Cost Housing

You read Grant. Read on